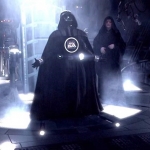 Star Wars Battlefront 2 had just been released and something was rotten in the state of Denmark. Loot boxes were out of control, the chances of unlocking a character to use in a multiplayer game required a grind of note and in a spot of damage control, EA’s mystery community manager of reddit left a comment that had players fuming. A comment that would go on to make history.