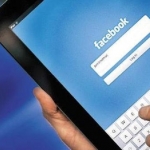 After years and years of misappropriating user data, it appears as if Facebook will finally be providing users with the ability to control what information the company shares with other sites. As part of an initiative first announced at a developer conference last year, Facebook has announced the launch of its “Off-Facebook Activity” tool, which …

As originally seen on Critical Hit!
Facebook to allow users to take control of the data they share – just not in South Africa