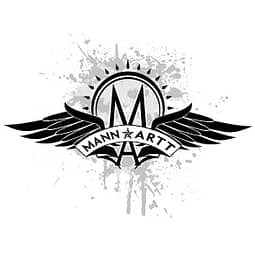 Mann will never forget what #PresidentCheato said after torch-bearing, flag waving KKK and Nazi goons assaulted (and killed) patriotic counter-protestors in Charlottesville; "There were very fine people on both sides." From this and related Confederate controversies, comes this design. There's not much time left to offend Trumpers, so BUY NOW!

Somehow in keeping with the totalitarian theme of this page and these times, it's the latest STAR WARS satire/spoof piece from Mann, with the look and feel of glorious fascism (ahem)—the aesthetic of malign regimes everywhere. It all leads to a gag line (do you see it?) that should delight fan boys (and girls) everywhere. Mugs, tees, hoodies, posters and more are available. Mann's infamous 2016 take/remake of the world famous HOPE art (Shepard Fairy) of 2008, updated for 2020. Shep's colors were considerably more cheery, but then again, whatever you may think of Obama, Mr. Fairy wasn't stuck with a fascististic, Nazi-adjacent, sexually offending creep for a subject, either. Mann knew Trump was a monster then; now everybody does!

For those who don't know or don't get the joke, this powerful design works on many levels. 1) It's a send up of Trump's clear authoritarian leanings and apparent tacit approval of native hate groups. 2) A reference to the whole Confederate battle flag, rebel statues, base re-name controversy (none of which would have happened in a sane nation). 3) A visual pun tying Trump to the KKK of old and the Nazis of the modern era, and one which harkens back to the stark, oppressive, omnipresent banners of the Third Reich.

Some have referred to our Dear Leader as Trumpenfuhrer, and his reeking regime as the Turd Reich.

Are you brave enough to wear such a design in these times? If so, you got guts! For those who wish to avoid the wrath of right wing idiots and humorless reactionary MAGA ghouls alike, there are mugs and posters, too!

NOTE: The symbol is the original brainchild of Mann, as is the new term he coined to describe it: The "Confascerate Cross."

NOTE 2: There are two different versions of this design. Hit the big button below to see the other!

Ironically, the Trump regime has shown that you don't need banners, bunting and carefully staged rallies to be an authoritarian would-be dictator. You don't even need Josef Goebbels. All you really need is a not particularly clever but loud conman, really stupid Muricans, Faux Newz, social media and foreign "allies" (actually enemies of the USA and the West). Trump cares not about how he is #winning so long as his greed and bottomless need is fulfilled. Emperor Palpatine (i.e. Darth Sidious) would consider him just a useful fool, as Putin undoubtedly does.

In a strange and even more precise way this artwork reflects right back on Trump, since his regime has gleefully referred to their 2020 campaign ops and war chest as the "Death Star." We're quite sure Palpatine would find that amusing, as Trump wouldn't make the grade as Junior Latrine Attendant on Coruscant.

All that aside, we can now see close at hand what George Lucas was trying to warn us about.

The play on words (HOPE to GROPE) makes reference to the many credible women accusing Donald J. Trump of sexual harassment, assault and even rape (including under age girls in the presence of the late* Jeffery Epstein).

RAPE 2020 would have been more direct, but isn't a clever take on a classic. Nor is it funny in the least.

Had the nation paid attention and taken the stories of Trump's many sins seriously—starting with the Access Hollywood tape—we might not be getting collectively raped right now. If Trump gets re-elected and/or steals the election in 2020, all we can say is... bend over, Americakkka!

NOTE: There are two different versions of this design. Whack that button below to see the other one (HINT: For all Jeffery Epstein "fans."

NOTE: Not all designs are available at all times. If you want one which isn't currently in the shop, comment below and we'll do our best to make the design you want available. Thanks!

Having changed our business model again (again)—and suffered the slings and arrows and error messages of outrageous fortune—we're rebuilding both AAATEE.com and this site, so we beg your indulgence. In the meantime, you can grab all of our designs over on our shop page.

We're reintroducing our AAATEE SWAGAWAY, even if we run it from here in the short term. So go for it: SIGN UP for our newsletter! Be the first to see new designs, get exclusive inside info, offers and discounts... and WIN FREE TEES! 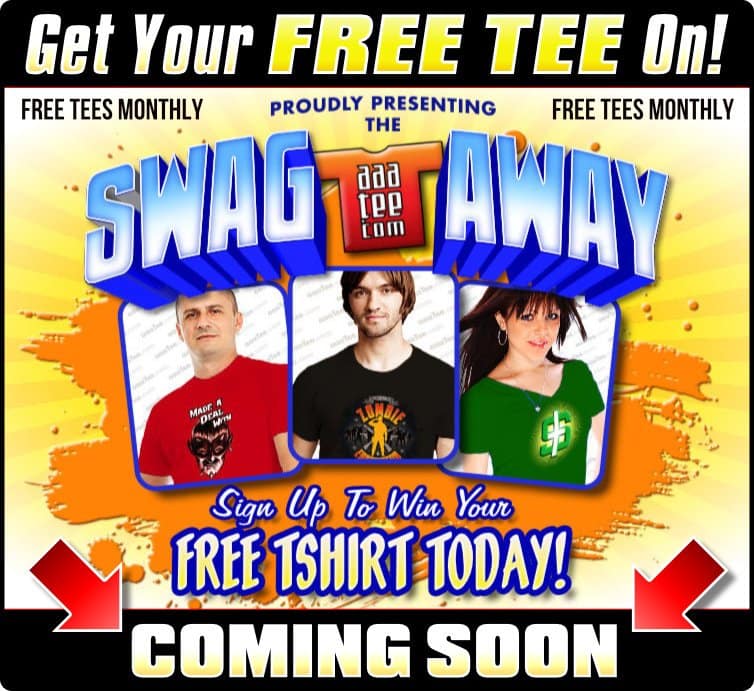 Be sure to use an email that you check frequently, otherwise you will miss out on status updates and even winner notifications, not to mention other important news and info.

Looking for the main site?
Then KLIK here!

Copyright © 2022+. Trademarks/Servicemarks are  property of respective owners. All rights reserved.