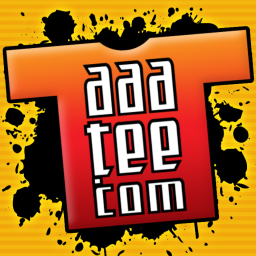 PART 2 of This Article – KLIK HERE to Goto PART 1.

Though Mann is now producing Star Wars shirts for men, women and kids today, he wishes he was of age and owned a tshirt printing press back in spring of 1977!

Within a few months of it's release (May of '77), by the summer of that year, the movie was playing widely across all of Southern California, and you didn't have to go far to see it. For example, it was running continuously at a shopping mall not far from Mann and his friends, which made it possible for them to see it over and over and over again...

People went crazy for Star Wars. The "movie for kids" enchanted nearly everyone. Even "mature adults" came to see it time and time again (though many would not admit it at the time).

It's hard for a lot of people to imagine today, but Star Wars played theatrically across most of North America for OVER A YEAR! It was unprecedented at the time, and still represents a phenomena which will almost certainly never be duplicated – if for no other reason than we live in a time wherein movies are available for view weeks after release, which means nobody is ever going to stand in line like that again.

The new and not so new. Mann's Han Solo title/logo parody shirt was inspired by the recent release of the movie by the same name. The jab at THE FORCE goes way back. Don't like the bad pun which lead to THE FARCE line of shirts? Then blame Mann's dad, who was a notorious punster and infected the young artist's mind at a very early, impressionable age.

THE FORCE has Awakened if you're a Jedi in training. Otherwise, you're a schlub like Mann and get... THE FARCE!

It's really amazing when you think about it. Even six months after it's premiere, you could say: "Hey, I wanna go see Star Wars," and it was not impossible. Believe it or not, it actually ran for years before closing!

You could get in your car – or, if you were Mann and his friends, hop the bus or deploy the ten speeds – and go to the not-too-distant metroplex. Odds were it was still playing in the main cinema, too.

And if you were particularly sneaky, you could even figure out a way to see it several times on the same day. Not that we're saying Mann did such a thing – just that it was theoretically possible!

There was one constant though, for many months: you didn't go to the movies on a Friday or Saturday night, because of the damn lines for Star Wars!

More of the crowd thronging Grauman's Chinese Theater during the premiere of Star Wars. In the background is the famous Roosevelt Hotel, where many a dignitary and star has stayed down through the decades. Marilyn Monroe is said to still reside there. Spooky, right? Notice that there are a few females in this shot – no doubt indulgent moms curious to see what the Star Wars hubbub was all about.

During that long, hot summer of '77, Mann would drag everyone he knew to see the movie, including his "very boring, conservative parents," who didn't quite know what to make of the film or, it became increasingly clear, of him.

His father, he later learned, had at least some basis for understanding the film, having read the pulps as a kid. But as for his poor sainted mother... well, let's just say she thought The Wizard of Oz a bit too bizarre.

By comparison, Star Wars was a personal affront and attack on all that was sacred and holy and... well... just... normal.

Now, for the kids out there, if you didn't know already, this was an era (gasp) some years before video tape, a decade before CDs and decades before movies on demand. There was no Blockbuster or Netflix.

The way it worked back in those days was (gasp) – when a movie closed, that was it! Period. It was gone, for all intents and purposes, forever. You might… I say, might… pick it up at a film festival or possible revival some years in the future.

You couldn't realistically expect a mega-hit like Star Wars to be on TV any time soon. I mean, we're talking years. So…

Back in the day, all you had was your memories and the Star Wars shirts for men, women or kids, posters and other memorabilia you might have acquired along the way.

An industry unto itself: Star Wars memorabilia, and the enormous fan base devoted thereto. We don't know who this dude is, but he could well be one of Mann's even more insane-than-he-is friends, who take "fan boy" to a special level of obsession. This could also be Mann's aforementioned frenemy (callout box above), who as a kept man these days has little more to do than spend his allowance on toys. If you DO know this fellow or anyone like him—dorks who apparently must own anything and everything Star Wars—Mann begs you to point him (or her) towards his Star Wars shirts for men (or women)!

Now Disney was known, in those days, for doing what other studios generally did not do. That being, re-releasing their classics every five years or so, so that every age group would have fond memories of Cinderella and Bambi, and be sure to bring the next generation a few iterations down the road.

Mann remembers sobbing, as a very young boy, during one such re-release of Bambi!

And it was all damn smart marketing, of course. But nobody had any expectation that 20th Century Fox would do the same with Star Wars, so it was imperative for the devoted fan to see it as many times as possible during it's initial (and likely only) run.

Twentieth Century Fox, which had financed the film against all advice (despite the fact that it was made on a shoe-string budget of $11 million), was making huge bank.

And George Lucas, who had somehow managed to retain full rights to the merchandizing, was making huge bank too – on Star Wars shirts for men, women and kids, and on toys, models, posters, books, etc.. That's an oversight Fox lost millions on, to which I say: Good for you, George Lucas!

The Big D would later buy out George Lucas and Lucasfilm and end up owning not just one but two of the greatest movie franchises of all time – Star Wars and Indiana Jones. Together, these two franchises have the dubious honor of also having been thoroughly ruined by their own creator*, but I digress.

Anyway, Disney has gone on to churn out Star Wars material at a breathtaking pace, and revive their own theme parks with these two brands. Not bad, considering the company's early and infamous forays into science-fiction/fantasy—The Black Hole and TRON—were never going to, as they say in the biz, "put butts in seats" ever again.

Come to think of it, those two filmic abortions probably explain the desire to own Lucasfilm outright!

*A problem Mann has been known to attribute to The Creator and The Universe at large, but that's a different discussion.

KLIK HERE to Goto PART 3 of This Article.